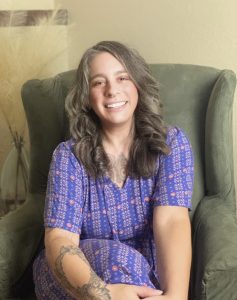 In 2012, Heather Corbet LM, CPM began her birth work journey as a doula and Placenta encapsulation specialist. She became a Certified Doula through DONA, and trained in Placenta encapsulation in 2011. After working in hospitals as a labor doula for several years she wanted to see the Homebirth world. When she attended her first homebirth as a doula, she knew that was where she wanted to be, and began the steps to enroll in Midwifery school. Between 2012 and 2014, she began assisting Midwives and attended births in homes and birth centers. After 200 births with multiple preceptors in the state of California, her student midwife journey culminated in 2014 when she graduated from the National College of Midwifery with her certification and Midwifery Degree. Heather took time off and lived in Washington and continued her education and attended MAWS conferences to stay involved in the Birth Community. After moving back to California she earned the Certified Professional Midwife credential through the North American Registry of Midwives (NARM) and received her License through the Medical Board of California. She holds a degree in Anatomy Physiology with an emphasis in Microbiology. Two years of Cadaver Dissection as a Teachers Aid. As well as holds another degree in Sociology, Anthropology, and Women’s Studies. Heather is also certified in CPR and Neonatal resuscitation. Visit her website for more information at www.CitrusMidwifery.com.